Sweet Pea was doing much better this morning and right after I called and made the doctor appointment her temperature completely disappeared.  At the doctor her temperature was normal!  We didn't get to see her regular pediatrician because it is her day off, but we got in to see her partner.  He checked her out and she seemed pretty good.  Her throat had some white patches or something so he took two cultures for strep...a rapid one that came back negative and a full one that will come back on Monday.

He explained to me that the fever was likely not related to her cold as it would have appeared the first day or two of the it.  Instead it is probably a secondary bacterial infection of some sort.  He gave us antibiotics so we are back to giving her drugs each night!  We thought we were through with that for a while, but apparently our plans didn't exactly work out again.

Her temperature was good for a few hours and then started to come back.  My mom was watching her and started back on the alternating Tylenol and Motrin regimen.  She was staying around 101 most of the day when on the drugs, but not 5 minutes after I get her home in the evening she started climbing again.  We gave her the next dose of Tylenol and started with the cold cloths again.  The fever never got above 105 and is hovering around 103 most of the time.  Looks like it will be another long night in our house.

Here are some pictures from today...my husband and sister-in-law think it's a wee bit strange that I take photos of my sick child...but come on!  She is still adorable even through her sickness and I want to always remember how sweet she looks.  Strange or not...here are some more...

From early this morning: 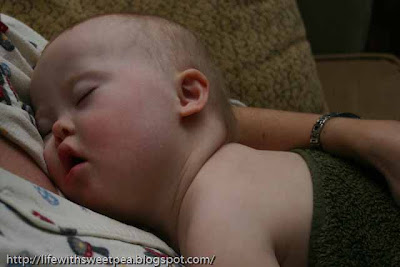 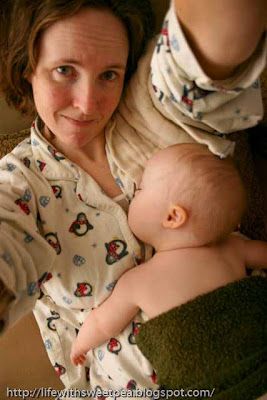 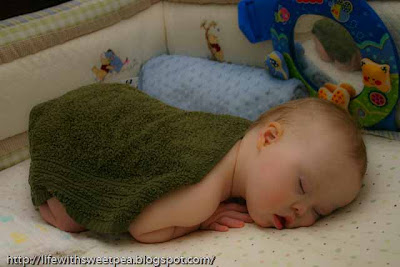