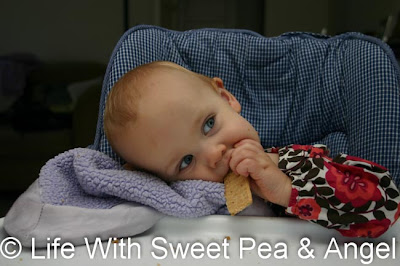 Hard to believe that she is 13 months already, but people keep telling me that the calendar doesn't lie.  I'm still not convinced, but I can't find proof to back up my story so I guess I need to just concede.

Whoops!  Something tells me this is not exactly what she had intended when she climbed in there. 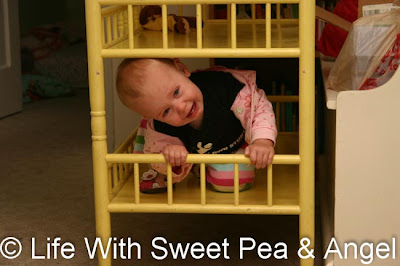 A quick update of what she has been up to this past month would include talking up a storm and then some.  The word count has grown at least four fold as she mimics absolutely everything and knows the names of quite a few relatively random things...boots, jacket, tray, etc.  The funniest still is her saying potty all the time.  She even pulled the potty seat out of the bathroom and brought it into the family room and sat down on it.  I'm hoping that this fascination holds for another year and I can potty train her quickly.  A girl can dream right?!?

Angel is also picking up a lot of sign language.  She doesn't like to watch Signing Time, but is in the same room as it some and watches a little bit before she gets bored.  I think the rest of it she is just picking up from us as we use it with Sweet Pea still all the time.  I'm always amazed at how easily Angel learns things!  Maybe one day I won't be, but that day certainly hasn't come yet.  Sweet Pea works so darn hard for every new word, sign, skill, etc and Angel just breezes through.  It's wonderful to watch, but a little sad at times too. 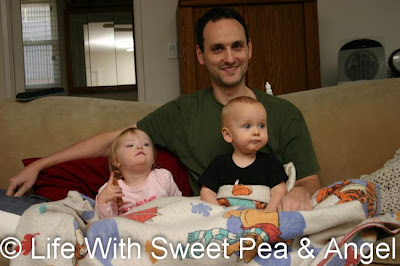 Probably the biggest news is that and as of today we think we should call her an official walker.  She has been walking a few feet for a while, but she still preferred to crawl if she really wanted to get somewhere.  Now she tries to walk far more than she crawls.  I don't know if the nice weather this week helped because I was able to put her in shorts and crawling in shorts hurts a lot more, but either way...she is really walking now.  Her stability is lacking, but she looks darn cute when she loses her balance, tries to catch herself and then falls back on her bottom.  She even says "whoa" sometimes when she does it.  Too cute...but I know that I am biased.

Oh, and she also got her two bottom molars this week and is working on at least one other tooth currently.  She looks so different with those two big molars making the back of her mouth white.  I got used to the 6 teeth that she had since she has had those since she was 8 months old.  Nothing new for almost 5 months until these new molars.  Updated 2/27/12 to include that she broke through her top 2 molars as well.  4 molars in one week...no wonder it's been a hard week.

Here are a few more photos:
We have a drama queen on our hands!  Check out this sequence... 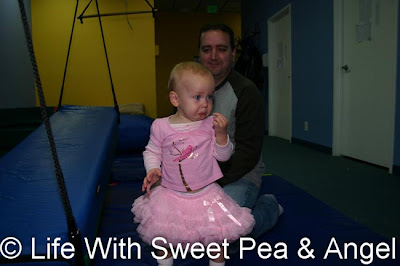 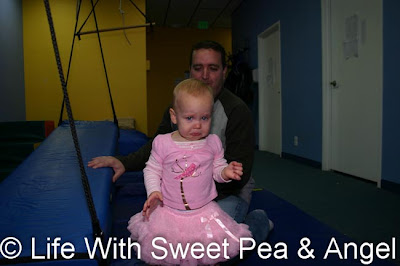 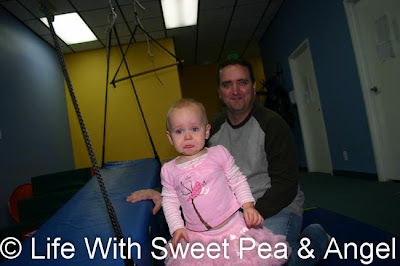 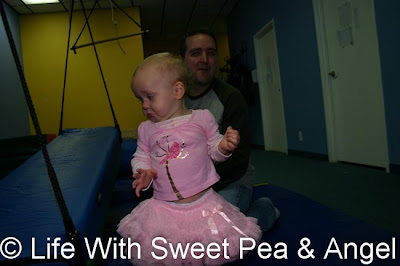 We had to move the base to her car seat out of Daddy's car for some trips to the mulch yard and she made herself at home in it. 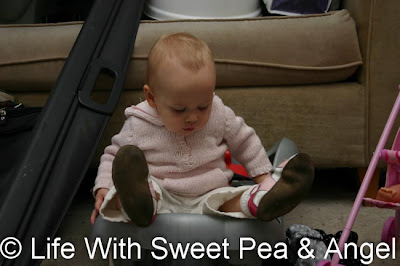 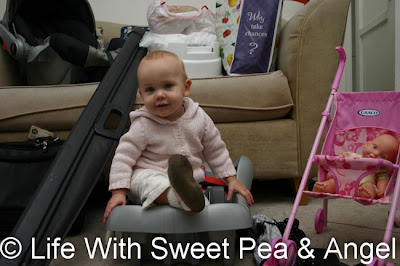 Long video of Angel getting her groove on with her sister:

Another long video of Angel walking, talking and then getting beat up by Kodi: